Nothing But the Blues 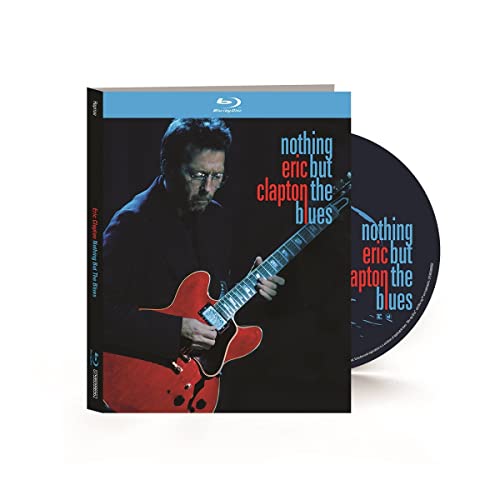 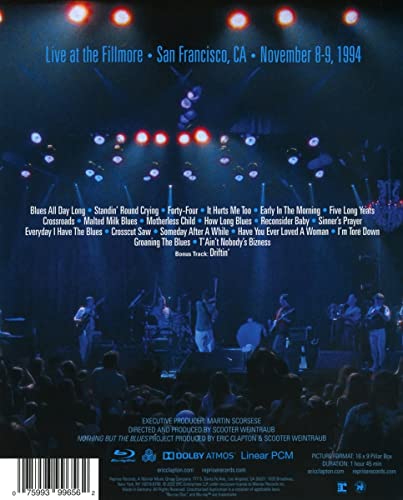 Eric Clapton’s lifelong passion for the blues burns brightly inNothing But The Blues. The film – which was broadcasted once in the U.S. on PBS in 1995 and nominated for an Emmy®Award – has been upgraded to 4K for its long-awaited official release. Written and produced by Scooter Weintraub and executive produced by Martin Scorsese, the documentary includes an in-depth interview with Clapton conducted by Scorsese. Throughout the interview, Clapton discusses his love for the blues and the profound impact bluesmen like Muddy Waters and B.B. King had on his music. Many of those artists (Robert Johnson, Howlin’ Wolf, Buddy Guy, T-Bone Walker) appear in the film through vintage performances, interviews, and photographs. The film also features 20 previously unreleased live performances recorded in 1994 during the legendary guitarist’s tour supportingFrom The Cradle, his Grammy-winning, multi-platinum blues album.
Product Dimensions ‏ : ‎ 0.16 x 5.51 x 6.69 inches; 3.17 Ounces
Release date ‏ : ‎ June 24, 2022
Actors ‏ : ‎ Eric Clapton
Studio ‏ : ‎ Reprise
ASIN ‏ : ‎ B09ZLRMYGP
Country of Origin ‏ : ‎ USA
Number of discs ‏ : ‎ 1

There are no reviews yet.

Be the first to review “Nothing But the Blues” Cancel reply

Added to wishlistRemoved from wishlist 0
Add to compare

Added to wishlistRemoved from wishlist 0
Add to compare
$39.00

Nothing But the Blues